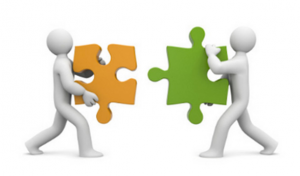 The three-month online certificate proficiency course in Indian Competition Law and Economics is the flagship programme run by the Centre for Competition Law and Economics (CCLE). The Centre mobilizes its internal, as well as external, resources in order to plan the course and define overall curriculum and the pedagogy of the course. The course aims to train working professionals, governmental officials and future policymakers in the field of competition law so as to promote the application of it in various sectors of the economy in respective domains. The curriculum is consciously designed in order to blend theoretical aspects of the law in the practice of it. There is keen focus on the batch composition to further realign the curriculum to best cater participants’ interests.

CCLE is a research organization working in the field of competition law and economics. The Centre publishes research reports, conducts training activities and assists litigating parties at competition fora across the country to advocate consistent interpretation of the Indian competition law. The Centre regularly collaborates with national law universities and other non-profit organizations to organize seminars, conferences and workshops for the relevant stakeholders to generate capacity in the said field based on mutual interest.

DETAILS OF THE COURSE:

The three-month online certificate proficiency course in Indian Competition Law and Economics is currently in its second batch. The aim of the course is to train working professionals, governmental officials and other interested participants in the field of competition law and economics. There are total 40 hours of classes spanned over a period of three months on weekends (Sat-Sun). In all, there would be 20 sessions of two hours each.

Some of the past faculties in the course include:

1. Philosophy of competition law (4 hours) – This module orients the participants towards the origin and genesis of competition laws across the globe. The history of the current Indian legislation, i.e. the Competition Act, 2002, would be traced along with its impact on overall regulatory framework and public policy of the Indian state.

2. Anti-competitive Agreements (8 hours) - Anti-competitive Agreements (ACA) is one of the three substantive provisions of the Indian competition law. The participants here would be exposed to the definition of ‘agreement’ and which type of conduct is impermissible under the law. This would cover horizontal agreements (cartels), vertical agreements and the overlap between competition laws and IPR. A brief discussion would also be held on the penalty imposed by the Competition Commission of India in recent orders on Maruti Suzuki and beer manufacturing companies.

3. Abuse of Dominance (6 hours) – Abuse of dominant position, or unilateral conduct, is another substantive provision under the Indian competition law. The participants would be exposed to the concept of ‘relevant market’, ‘substitutability’ and the factors affecting dominance of an economic entity after the relevant market is defined. The thrust of this unit would be identify the conduct which constitutes as abuse of dominant position both in terms of the pricing, and terms and conditions, imposed by the dominant entity.

4. Mergers and Acquisitions (6 hours) – This unit would focus on the competition concerns arising out of various mergers and acquisitions happening in the Indian economy. The competition regulators across the globe have to maintain a balance between the efficiencies arising out of such mergers on one hand, and keeping a check on the concentration of market power due to these on the other. The participants would be exposed to overall merger jurisprudence through case-law method and the factors based on which a merger is assessed. The Indian regulator had recently incorporated ‘Green Channel’ for the acquiring entities under Ease of Doing Business (EoDB) on which a brief discussion would be held.

5. Competition in Digital Markets (8 hours) – The advent of Big Tech firms has revolutionized the growth of service economies. The concept of ‘winner takes all’ and ‘network effects’ has probably led to consequences which were never thought-of in a brick-and-mortar economy. This module would focus on the business operations of various data-aggregating firms like Google, Apple, Facebook and Apple, their revenue-generation model, concept of ‘self preferencing’ and ‘user-attention’ as a currency, and case for potential anti-competitive conduct by such entities to the detriment of consumers. The said firms have increasingly become a subject of scrutiny for various competition regulators across the globe and a brief discussion would be held on the same keeping in mind the overall jurisprudence of the law.

6. Competition Law and Regulatory Governance (2 hours) - The current Indian competition law was enacted in 2002. The said enactment was part of the larger policy framework designed by the Indian state to open the economy for private players. This unit would expose the participants to various sectoral regulators incorporated post liberalization and how competition has served more as a ‘policy’ than ‘law’. The question of jurisdictional overlap between various regulators would also be briefly discussed.

7. International competition law (4 hours) – The genesis of the current Indian competition law majorly lies in the European Union (EU). The nature and structure of the current Indian legislation is very much drawn from the EU, even though the national competition authorities pay equal reliance on the US jurisprudence while deciding questions of law. Through this unit, the participants would be exposed to the substantive US antitrust and European competition law and its possible interfaces with the Indian law. The participants would also be exposed to various leniency programmes run in these jurisdictions like commitment and settlement scheme, amnesty programme et al.

8. Competition Law and Indian Constitution (2 hours) – Indian competition law ultimately derives its authority from the constitution. The participants would be exposed to the origin of Indian competition authority and its nature as a regulator through parliamentary committee reports. A brief discussion would also be held on the involved rights of various litigating parties at various competition forums.

The evaluation would be done based on the given matrix:

The total number of seats available is 30. The admissions would be done on a first-come-first-serve basis.

The flyer for the course can be found here.

Link for registration is here.

The brochure can be found here.