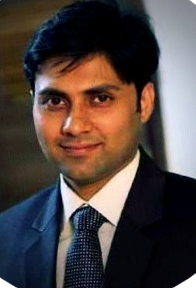 The dominant theme of the House Judiciary Antitrust Subcommittee hearings revolved around whether digital economy companies have excessive market power. Digital economy companies wield enormous influence over our day to day life. It influences what we buy, what we eat, what we read and also how we spend our free time. Perhaps, this enormous control over our personal data, more than any competitive harm itself, is what prompted the antitrust subcommittee hearing against Amazon, Apple and Facebook. It is scary because it is probably the first time the world has witnessed such concentration of market power as well as personal data with the same companies.

Google, on the other hand, may witness antitrust proceedings initiated against it in the US as well, because the allegations seem similar to the proceedings recently concluded in the EU and India i.e., abusing dominant position in the internet search market to foreclose rivals in the digital -advertising space.

Regardless of whether the hearings will translate into antitrust proceedings against the incumbent digital economy companies or not, the hearings have primarily exposed the inadequacy of the existing competition law and enforcement regime to deal with competition law issues in the digital economy. Specifically, the merger control regime needs to move away from its industrial age roots. Competition law regulators should also be cognisant of the fact that they were also slow to react to the concentration of market power in digital markets, so that lessons for the future may be learnt.

[Mr. Anand Sree is a Senior Associate with Vaish Associates. The submission has been made in his personal capacity]