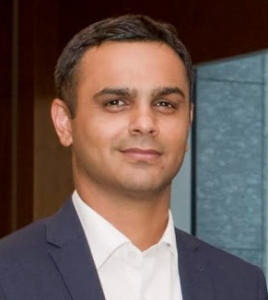 The recently concluded hearing on potential violation of antitrust laws with the CEOs of four Big Tech companies – Apple, Facebook, Google and Amazon before the congressional sub-committee, and its potential impact is a major talking-point globally. The trigger point of this hearing was the precipitous growth of these companies, virtually turning them into private monopolies governing the digital space. This was further amplified during the COVID-19 pandemic where businesses and economies suffered, while they continued to grow. This article assesses the impact congressional hearing might have on the overall competition law jurisprudence.

The focus of the Hearing was to assess the dominance of the aforementioned companies, and examine the practices and policies, which enable them to operate as a monopoly in their respective sectors. However, during the Hearing, critical issues such as influencing election campaigns, collaboration with China raising national security concerns, stifling of conservative voices, etc. were raised as well. On the antitrust front, issues like controlling third party data (both of competitors and consumers), bullying and destroying smaller business (mom and pop stores), content theft and using third party data to develop competing products including applications, antitrust acquisitions in form of digital “land-grab”, promotion of self-serving advertisements and websites, predatory pricing and leveraging their dominance to enter into competing markets were discussed, and attributed to big techs.

Being big or dominant is not bad, but abuse of such dominance is considered in violation of competition/antitrust laws. The sub-committee while taking a balanced view recognized the contribution of the concerned organizations in developing and fostering growth in the global digital space, but at the same time, raised serious concerns on surveillance, self-preference advertisements and tying-in products by these entities. The Committee also averred that such practices create bottleneck for key channels of distribution and access to information and impose a tax-like fee on anyone willing to use internet.

It is imperative to note that many of the competition law jurisdictions, including India, are already dealing with competition concerns related to congregation of big-data. The Competition Commission of India (CCI), in its ever-evolving approach, recently held that E-commerce must be recognized as a separate “relevant market” where offline and third-party sellers participate equally. This was in departure to its earlier reasoning adopted in Magicbricks where it held that online and offline segments may be different channels of distribution in the same relevant market. The change can also be attributed to the recent case laws the Commission had to adjudge, and relevant players involved.

The report of the sub-committee is awaited, which and is likely to be US-centric only and may suggest review of and updating their own competition laws. India, too, may draw its cue from the process where it is already in the process of reviewing the Competition Act 2002, and are also probing few of the said companies. The EU is conducting investigation related to different product categories like advertisement mechanism, application developments, usage of third party seller data, competitor acquisition etc. The law in these jurisdictions is generic, and well-equipped to check and contain any malpractices that may harm the competition or consumer in the long run. The biggest challenge before antitrust authorities globally is the quantification of data, its monetisation and most importantly, identification of imposition of exploitative conditions on Big Tech firms’ partners.

While Google and Facebook are dominant in India in their respective sectors, Apple and Amazon do face a robust competition from other players in the market. As the digital economy grows, challenges faced by smaller players in the regional and national markets become steeper in form of vertical restraints and exclusionary conducts. Alternatives for advertisement, product development and placement on virtual marketplaces do exist for the time being. However, there are growing concerns around surveillance by big data companies on aspects such as growth, demographics, preferences obtained from digital information, etc. This allows them to assess competitive threat and business activities of competition. This has emerged out as one of the most imminent danger in this sector as the Big Tech has ended up deploying all methods against the established norms and practices to maintain its hold on the market. Be it the Instagram, Bharat Matrimony or Genius Media, the story trend is almost the same. As described by the sub-committee, the big techs not only influence technology and the economy but on all socio-political aspects of life in “profound and lasting ways”.

The major impact of this hearing in India and other competition law jurisdictions will not only be the expeditious updating of their existing competition laws, but also strengthening the data-governance regime. The mergers and acquisitions in the digital sector will also be scrutinized more carefully. As a market regulator, the CCI has been very active and adaptive to international practices. Taking cue from the hearing, the law also must enable frequent engagement with sectoral regulators as digital-economy and e-commerce cuts across various sectors. The hearing and impending report will have a lasting impact on how these big tech data-oriented companies and digital economies are looked at by the competition authorities globally, and no issue surrounding them will hopefully remain untouchable.

[Mr. Abhishek Singh Baghel is a Counsel with DSK Legal.]