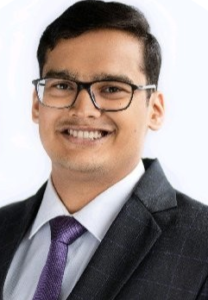 The recently concluded antitrust committee hearings at the US Senate against the CEOs of the biggest tech companies in the world was indeed a watershed moment in competition and regulation. Of course, it could be remarked that the US has finally awoken to the potential anti-competitive conduct of these monoliths (GAFA) while the EU, under Margerathe Vestager’s lead has already fined Google on two separate occasions, and is also currently investigating Amazon and Apple. In this hyper nationalist age, perhaps the US would prefer to set the narrative on how to regulate its own companies, and not by the political bloc across the Atlantic, or perhaps it has indeed realized the need to rein in these behemoths which control much of what we know as the internet today.

This also leads to two important points for thought.

Firstly, Mark Zuckerberg’s aggressive stance against the other CEOs showcased an important aspect of these platform companies – while operating in seemingly different markets (Facebook – social media, Google – search engine, Amazon – E-commerce and Apple – Mobiles and OS), they are in fact all competing with each other indirectly for advertisements and data (or in related markets directly). This reflects Nicolas Petit’s theory of ‘Moligopoly’ prevelant in the platform markets today.

Secondly, and more importantly, what are the possible remedies that need to be implemented in these tech markets. While from an ex ante perspective, authorities world over are now looking at revising merger control thresholds to better regulate the acquisitions of start-ups and rivals by these companies, it is important and equally difficult to set out what remedies can authorities mandate ex-post. Of course, the failed Microsoft remedies by the EU serve as a reminder of how problematic it is to intervene in fast changing technology markets. Structural remedies may seem fanciful but not really helpful – as unless the rules of the game are not set out and enforced well, it would not take long for a new GAFA to crop up sometime soon.

There are no clear cut answers to these complex questions. But it is likely that authorities are now veering towards a tough, interventionist approach to Big Tech. Whether this will be for better or for worse, only time will tell.

[Mr. Shubhang Joshi is an Associate with Talwar Thakore & Associates (TT&A). The submission has been made in his personal capacity]