Home /Resources/Breaking up the Big Tech: A solution worse than the problem

Breaking up the Big Tech: A solution worse than the problem 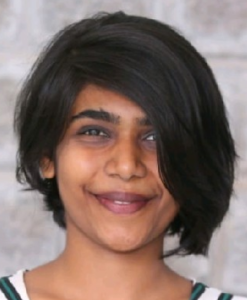 The Antitrust Sub-Committee of the U.S. House Judiciary Committee examined the conduct of Google, Amazon, Apple and Facebook (the “Big-tech companies”) on the 30th of July on the basis of privacy breaches, possible anti-competitive behaviour, and data misuse. The hearings concluded that these Big Tech companies, due to their non-traditional business models, have come to wield excessive power that allows them to disproportionately affect the businesses of small rivals and the choices available to consumers. It also appears that the US lawmakers are keen on exploring a structural solution to this problem and may “break-up” the Big-tech companies. While the sentiment that has fueled the need to break-up big companies is a valid one, the breaking up of big tech companies from an antitrust perspective, may ultimately result in more harm than good.

Antitrust enforcement has traditionally concerned itself with two issues: structure and behaviour, but over the years however, it has come to focus primarily on anti-competitive behaviour. This reflects a shift in perspective from “big is bad” to “abuse of power by big companies is bad”. In fact, an aspiration to achieve dominance, it is argued, incentivizes competitors to fiercely innovate, invest in research and development, offer its goods and services at competitive prices and ultimately benefit the consumer. This is especially true in the technology market, which is characterized by disruptive innovation. For instance, a glance at the top 15 companies in the world in terms of their investment on R&D, tells us that Alphabet (parent company of Google) and Amazon are the top two companies in the world in terms of their investment in R&D, followed by Apple and Facebook in the sixth and thirteenth positions respectively, each investing huge sums of money in developing newer versions of their software and applications and offering these services for free to their consumers. Pooled data coupled with R&D investments has, for instance, enabled companies like Google to develop “Google Maps,” an app almost ubiquitously used by consumers and businesses, such as cab services and food delivery services alike for its accuracy.

It therefore appears that the solution to break-up is misplaced. The problem is not about the “big” in Big Tech companies, but in their inherent nature of business models which come with an inordinately lofty beginners move advantage and exponential network effects, which have resulted in the wielding of market power to a degree that has made it difficult for smaller rivals to find a footing in the market. Remedies to such a situation must therefore focus on removing barriers to entry for small companies. This is, may be, achieved by mandating companies to make their pooled data and functionalities available and compatible with their competitors, an idea that is at the heart of the “interoperability” debate. In the case of Big-tech companies, interoperability can be achieved in the following ways:

The pay-offs of innovation for consumer oriented Big-tech companies comes from having a massive pool of data on consumer preferences. This has resulted in the inability of smaller companies to keep up. This may be addressed by mandating Big-tech companies to share anonymized data with smaller companies, and thereby enabling them to compete effectively. Such experiments are already underway in the German insurance sector where dominant insurance players are compelled to share data with other competitors.

Self-preferencing refers to the preferential treatment meted out to certain products, when a company operates in the dual capacity of a platform provider, as well as a seller selling on the same platform. Self-preferencing is done by tweaking search rankings and/ or hosting favourable reviews of the platform’s own products, and thereby leveraging a company’s position as a platform servicer provider to achieve better sales as a seller. In the Indian context, the allegations of self-preferencing have previously surfaced in the context of Amazon and ‘Amazon Basics’ and Google’s shopping feature. This hinders the ability of smaller firms to be noticed by consumers despite offering products at par with or better than those by the platform operator. Mandating ‘platform neutrality’ and ‘non-discrimination’ will establish a level playing field for all competitors on the platform.

Besides the remedies suggested above, other measures that facilitate consumers/users of dominant platforms to seamlessly migrate to other apps and platforms through a single account, may also be explored.

The US antitrust hearings, and other recent attempts in understanding Big-tech through an antitrust lens, have only brought to light the incongruence, and hence the inadequacy of traditional antitrust tools to deal with Big-tech companies and their novel business models. A hasty approach to impose structural remedies such as breaking up such Big-tech companies may compromise consumer welfare in the long run. It is therefore imperative that any remedy proposed is a balanced and one that thoroughly accounts for the long-term impacts on innovation and hence competition.

[Ms. Manjushree RM is a Research Fellow at Vidhi Centre for Legal Policy. The submission has been made in her personal capacity.]