Home /Resources/Competition Commission of India: Toeing the line between a ‘Regulator’ and a Quasi-judicial Body?

Competition Commission of India: Toeing the line between a ‘Regulator’ and a Quasi-judicial Body? 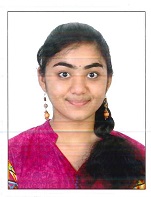 The Competition Act, 2002 (now referred as the ‘Act’) was enacted in order to keep pace with liberalization reforms in the country. The Act replaced the erstwhile antitrust regulator, Monopolies Restrictive Trade Practices Commission (MRTPC), with the Competition Commission of India (CCI), and sought to minimize government’s intervention in the private sector by strengthening the regulatory regime. The Commission, over a period of ten years of implementation of the Act, has adjudged matters across all the major sectors of the Indian economy, and has been able to maintain a fine balance between the jurisdictional overlap it has with the other sectoral regulators on one hand, and providing technical expertise to them in complex competition issues on another. One major bone of contention, however, which has stirred with the Commission is its true nature as a statutory body. The author in this paper argues that the said question of law has not been answered in clear terms by research scholars, and the evidence in support of the Commission being a regulatory body trumps those which establish it as a quasi-judicial body.

Bare Provisions of the Act

Chapter III of the Act talks about overall structure of the Commission. Section 8 states that the body shall consist of a Chairperson and two-to-six members appointed by the Central Government. The members must also possess sufficient experience in international trade, business, economics, law and finance among other fields, and have an experience of at least fifteen years to be qualified for such a position. Section 19 grants suo moto powers to the Commission to investigate a matter, and Section 21 of the Act allows the Commission and other statutory bodies to refer a matter in dispute, to each other. Section 33 allows the Commission to pass interim order against contravening parties without conducting an investigation, while section 49 allows it to advise the Central and State government in formation of their competition policy.

The nature of the Commission, as a statutory body, was first brought in question in Brahmadutt v UOI (2005). The petitioner, inter alia, sought to challenge the procedure to select the members of the Commission, and sought striking down of Rule 3 of the CCI Rules, 2003. It sought that the Selection Committee for the members should be headed by the Chief Justice of India (CJI), and that the body is more of quasi-judicial in nature. The Union of India (UOI), on the contrary, argued that the Commission is not merely a quasi-judicial body, but also has an expertise quotient to address the complex market dynamics in the liberalized setup. The UOI also submitted that they are planning to introduce an amendment in the Act to ensure there is ample scope for judicial review in adjudging competition disputes, and the separation of power quotient would also be addressed. The criteria for selection committee of the members would also change where it would be headed by the Chief Justice of India (CJI). The said matter was then postponed by the SC with few directing guidelines.

The UOI enacted the Competition (Amendment) Act, 2007 in the Parliament, and sought to address some key questions raised in Brahmdutt. It conceded on the Chairperson of the Selection Committee be the CJI, but held on to the qualifications of the Members. The said process was perceived as a trade-off where the Executive sought to address the questions raised by the SC in Brahmdutt on one hand, and not loose its grip on the Commission through the actual members on another. The said process was also in line with the recommendations made in the Parliamentary Standing Committee (93rd report ) on Home Affairs where it suggested that the Selection Committee should be headed by a Judicial authority.

The same question was stirred back in Mahindra and Mahindra vs. CCI case (2019). The Court this time, while deciding numerous questions of law, held that the CCI is not concerned with the adjudication of dispute between parties, and it majorly restricts itself to resolving questions of law in light of any possible infringement under the Act. The Court also stated that the decisions of the Commission are appealable in the Appellate Tribunal, various High Courts of the country, and ultimately in the SC, thereby providing enough scope for the judicial review. One key observation, the HC also made in the said matter, was that whenever the Commission is issuing an adjudicatory order, the presence of judicial member is necessary.

The author believes that the Delhi HC finds the correct position of law as far as the nature of the Commission is concerned. The mandate of the CCI is twofold: A) Impart competition in the Indian market; B) adjudicate competition disputes between two parties. One key distinction in imparting competition is that the Commission can initiate suo moto case against the violating parties in the Indian market, and levy penalty as per provisions of the Act. In fact this gains further significance as one of the departures the Act makes viz-a-viz its predecessor, i.e. the MRTP Act, 1969, is that the word ‘Complainant’ has been replaced by the word ‘Informant’. A literal reading of the said text would suggest that the role of a Informant has been restricted to that of a ‘information provider', contrary to a complainant who would sue the opposite parties. The said scheme of the Act has been interpreted by the SC in CCI vs. SAIL (2010) where it held that the Informant is not entitled to a hearing if the Commission does not order an investigation in the matter. This blows a serious dent to judicial functions of the CCI as argued elsewhere, and inexplicably takes it to the regulator side.

The author concludes the said paper by stating that the CCI performs dual functions of a regulator, as well as a quasi-judicial body. Overall scheme of the Act suggests that the lawmaker had a clear role for the CCI to play in its mind, and while the question of judicial review is no less important, various decisions pronounced by the HC and SC leave reasonable scope for the CCI to be called a ‘regulator’. The Delhi HC judgment makes a fine balance between the judicial and executive members of the Commission, and any further approach to press down the Commission’s nature is likely to do more harm than good, given the complex mandate it has to fulfil.