The Case Against Big Tech – Justice Or Theatrics? 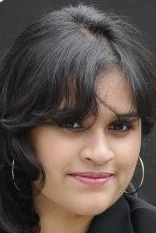 Amazon, Apple, Facebook and Google have emerged as the four unlikely horsemen of a world riddled with a pandemic. The proceedings involving the CEOs of the four companies, led by the Antitrust Subcommittee of the House Judiciary (United States) has dominated much of the international news in these past weeks. Closer to home, Facebook was widely criticized for an insufficient response to regulating hate speech in India. The prevailing sentiment is that the influence of such companies in a wide range of markets must be regulated. However, there is little clarity on the court ruling, settlement or government legislation that could appropriately regulate such companies.

The consensus among many learned authors is that the failure to regulate Big Tech today, is the result of historical reluctance to regulate such companies at crucial stages - for instance, during the acquisition of potential competitors (Facebook – Whatsapp and Instagram; Amazon – Ring; Google – Youtube). This is attributed to a weakening political will over the years. Tim Wu describes a “deep freeze” in the enforcement of antitrust law in the United States in recent years, which has allowed anti-competitive practices in various industries (such as pharmaceuticals, agriculture and beer manufacturing) to thrive (Tim Wu, The Curse of Bigness, 117 (2018).

Other authors, such as Khan, contend that regulators have failed to adapt traditional definitions of the competition laws to unique market strategies employed by the Big Tech. This includes, for example, a narrow definition of “predatory pricing that failed to regulate Amazon’s pricing of e-books while introducing its publishing service (Lina Khan, Amazon’s Antitrust Paradox, YALE LAW JOURNAL 126 (2017). Interviews given by some members present during the House Judiciary hearings suggest that regulators may since have developed a better understanding of the basic economics applicable to online marketplaces and services (to some extent). Further, mistakes in enforcement do not prevent the law from taking necessary action (particularly during ongoing proceedings, such as the European Commission’s investigation into Google’s acquisition deal with the FitBit).

The biggest challenge in effectively enforcing antitrust law is that regulators are often limited by a retrospective analysis. For the past two decades, many companies have enjoyed brief periods of the kind of internet market “dominance” that would concern regulators - including AOL, Microsoft Bing, Yahoo! and MySpace. It is only after the present Big Tech companies have emerged as major players that enhanced perspectives on antitrust law have developed – for instance, the idea that antitrust legislations must be adapted to target the true motivations of large tech companies offering free or “freemium” goods to consumers in order to consolidate their market power (Michal Gal and Daniel L.Rubenfeld, The Hidden Costs of Free Goods: Implications for Antitrust Enforcement, 80(401) ANTITRUST LAW JOURNAL (2016).

The fact that regulatory authorities are so heavily dependent on retrospective insight is advantageous for the Big Tech. Throughout the hearings of the House Judiciary, the CEOs of the four Big Tech companies maintained that the dominant status of their companies is not a deliberate campaign to seek power but the product of several accidents of the free market. In other words, they maintain the claim that they have encouraged innovation and free enterprise among small technology players – and have not, willingly or knowingly, acted in violation of the letter or spirit of antitrust laws.

In considering the data and privacy laws, Thierer presents a compelling argument to avoid treating technology companies as “natural monopolies” so that antitrust laws can permit market-driven innovation (Adam D.Thierer, The Perils of Classifying Social Media Platforms as Public Utilities, 21(2) COMMLAW CONSPECTUS - JOURNAL OF COMMUNICATIONS LAW AND POLICY (2013). Proceeding in the case against Big Tech would require US regulators to submit sophisticated analysis of how the present business models of Big Tech prevent further innovation. A case against Big Tech based on traditional grounds is equally challenging. Price manipulation is an obvious form of consumer harm that requires immediate regulatory response, but is nearly impossible to identify in an online platform where prices change far too frequently for the ordinary observer. Merger reviews, or orders to break-up an organization (such as the historically ambitious At&T breakup) require an uncharacteristic boldness among current regulators.

There is little faith among seasoned observers that controversies such as the House Judiciary hearings will amount to anything more than theatrics. A global economy that has drastically shrunk during the COVID-19 pandemic is one among many reasons for regulators to develop holistic solutions to ensure widespread consumer welfare and innovation.

[Ms. Roopashi Khatri is an Assistant Professor of Law at the CMR University. She is also a Special Counsel for CounsePro. The submission has been made in her personal capacity.]