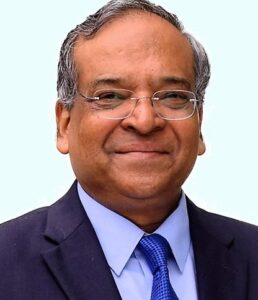 The recent Antitrust hearing before the US Congress of the four Big Tech CEOs – Facebook’s Mark Zuckerberg, Amazon’s Jeff Bezos, Tim Cook of Apple and Sundar Pichai of Google– was a landmark event in the history of Antitrust development, not only in the USA, but globally. As the most powerful Tech Titans of the world testified before the house panel on their companies’ practices, several interesting things emerged. The Members had come extensively prepared after year-long investigation where mountains of papers and mails were examined, on alleged market dominance by these firms. Also, cutting across their party affiliation, Members from both Democrats and Republicans dug in with their concerns on anti-competitive behavior by these firms.

The closing words from Chairman Cicilline summed it up all:-

“This hearing has made one fact clear to me. These companies as they exist today have monopoly power. Some need to be broken up. All need to be properly regulated and held accountable … their control of the marketplace allows them to do whatever it takes to crush independent business and expand their own power. This must end.”

This clearly came as a wake-up call for the Big Tech.

How big are the Big Four? With Apple reaching $2 trillion mark and Amazon $1.59 trillion, the Big Fours, along with Microsoft’s share, combine for more than a quarter of US’ GDP, i.e. approximately $6 trillion. The numbers demonstrate the pace at which the Big Tech is growing despite the pandemic - rather benefiting from it – and it was even estimated that the said firms would add $291 billion to the market value in just one day near the date of the hearing. In terms of reach as well, Big Tech has been phenomenal where they touch more than 4.5 billion human lives on planet Earth.

A grueling question however, amongst all this, has been - How has the Big Tech acquired such an enormous power, and is there a case for anti-trust violation and remedy against such entities?

One of the main reasons of their astronomical growth is understood to be their access to humongous data which they have been using as their asset and to their own advantage. For example, one of the allegations against Amazon is to have used seller data to launch competing private label products. During Congressional hearing, Amazon’s Jeff Bezos said that he could not guarantee that wrongdoing had never happened and assured that he was looking into it. The business model is such that they are giving their services free to customers, and in the process accumulating huge data and the accompanying network effect results in fueling of growth on geometrical proportions.

Another business technique frequently adopted by them is strategic acquisition of potential competitors, or based on complementarity of services, to cement and consolidate their position in the market. For example, Facebook acquired Instagram in 2011 for US$ 1 billion to consolidate its position in photo and video sharing social media platform. It is understood that Facebook was willing to pay such a huge price for Instagram because it didn’t want Google to buy before them. Similarly, Facebook acquired WhatsApp in 2014 for a staggering US$ 22 billion notwithstanding the fact that in 2013, the App had lost $ 138 million and earned only US$ 10.2 million in revenue. The huge premium was paid for the consumer data which WhatsApp would bring in. (It is also interesting to note that these acquisitions were not notified in India to CCI and although there are differing views on this issue, whether it was needed to be notified or not, and whether CCI can still review it under various provisions of the Act, Facebook’s recent investment in Jio platform was indeed  notified and cleared by CCI speedily). During the congressional hearing, Zuckerberg admitted that he saw Instagram “both as a competitor and as a complement to our services”, and that acquiring an app like Instagram would buy the company time “before anyone get close to their scale again”. In response to a question on the company strategy of copying competitors features, Zuckerberg admitted “We have certainly adapted features that others have led in”. Similar strategy was adopted by others too, Amazon in its purchase of Zappos and Ring, and in Google’s purchase of YouTube and Waze. All of them were given the green light by the FTC and US Justice Department.

American anti-trust laws, world’s oldest after Canada, grew up in response to perceived concentration of economic power. Monopolistic power was considered a threat to democracy – The Sherman Act (1890), The Clayton Act (1914) and Federal Trade Commission Act (1914) came into being accordingly. The question, however which lingers, is what next. The tussle between the democratically elected officials and businesses is not new – more so in a capitalistic framework like the US – and in 2001, the same thing happened with Microsoft in the PC market.

The report of the Congressional hearing is expected in September this year, and it would be interesting to see what kind of intervention the House makes this time. In the past, the Congress has amended anti-trust laws in 1914, 1936, 1950 and 1976, and it is yet a topic of discussion how will the Congress convert its words into actions. Even though the idea of tech giants regulating themselves through framing of new guidelines is on the anvil, it is less likely to match the ferocity with which the investigation and hearing was conducted.

In India too, coincidentally, there has been a raging debate going on relating to data monopolies and need of sharing of non-personal or anonymize data – even though on payment of a sum that a Non-Personal Data Authority (NPDA) may determine. The debate is that whether raw and non-personal data, which these Tech Titans accumulate in the course of their dealings, can be construed to be their own asset and reflected in their balance sheet. This question would have a direct bearing on the M&A filings before the Competition Authorities across the globe and reckoned. In fact, sometimes it has reached a stage to be called a public utility. Some of this data could be relevant for usage by public or civic authorities, for public needs like traffic behavior etc., and by various other start-ups for their business needs. Even though final policy developments are yet to be seen, one shouldn’t be felt surprised if the Indian lawmaker draws inspiration from the US Congressional Hearing, and introduces more stringent laws to curtail the Big Tech.

[Mr. Dhanendra Kumar is ex-CCI Chairperson (2009-2011). He retired as Secretary to the Government of India, and currently heads the Competition Advisory Services, New Delhi.]